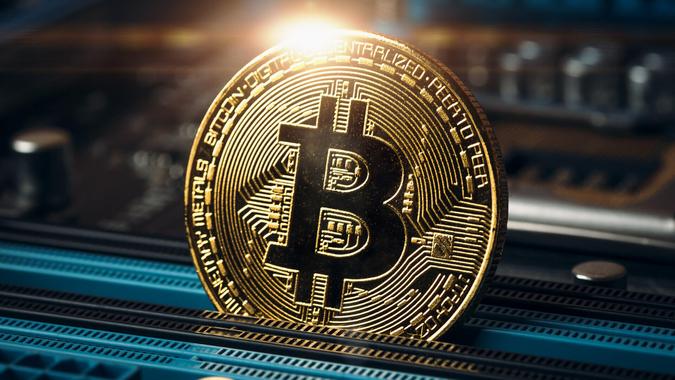 Morgan Stanley will be the first U.S. bank to offer bitcoin to its wealthier clients, according to CNBC, amid an increased institutional interest in Bitcoin and the crypto’s meteoric ascent of late.

See: The Crypto Craze Continues — Bitcoin ATMs Are Popping Up Across the US
Find: How to Invest In Cryptocurrency — What You Should Know Before Investing

The investment bank told its financial advisors Wednesday in an internal memo that it is launching access next month to three funds that enable ownership of Bitcoin, according to people with direct knowledge of the matter, CNBC reports.

Morgan Stanley said in the note that, “For speculative investment opportunities to rise to the level of an investable asset class that can play a role in diversified investment portfolios requires transformational progress on both the supply and demand sides. With cryptocurrency, we think that threshold is being reached. A firming regulatory framework, deepening liquidity, availability of products and growing investor interest — especially among institutional investors — have coalesced,” according to The Block.

The funds Morgan Stanley will offer include two from Galaxy Digital, a crypto firm founded by Mike Novogratz, while the third is a joint effort from asset manager FS Investments and Bitcoin company NYDIG, according to CNBC.

See: Biden to Take Over Trump’s Legal Battle with Owners of Bitcoin
Find: Elon Musk Is Making a $150 Million Mistake with Bitcoin, According to This Economist

Meanwhile, NYDIG tweeted, “NYDIG is proud to partner with Morgan Stanley, the first US bank to offer access to #Bitcoin for their wealth management clients.”

Only wealthy clients — those with at least $2 million in assets with the firm — will be able to access the funds. Morgan Stanley said that the investments are most suitable for people with “an aggressive risk tolerance,” CNBC reports

The bank will limit investments to 2.5% of total net worth even for investors with enough assets to qualify, according to the report.

“#Bitcoin continues to go mainstream. Slowly, then suddenly. Many understand this,” Tyler Winklevoss tweeted after the report.

Earlier this month, Goldman Sachs said it was restarting its cryptocurrency trading desk amid increased institutional interest in Bitcoin and the crypto’s meteoric ascent of late.

Bitcoin broke the $60,000 ceiling for the first time last Saturday.