The Crypto Craze Continues: Bitcoin ATMs Are Popping Up Across the US 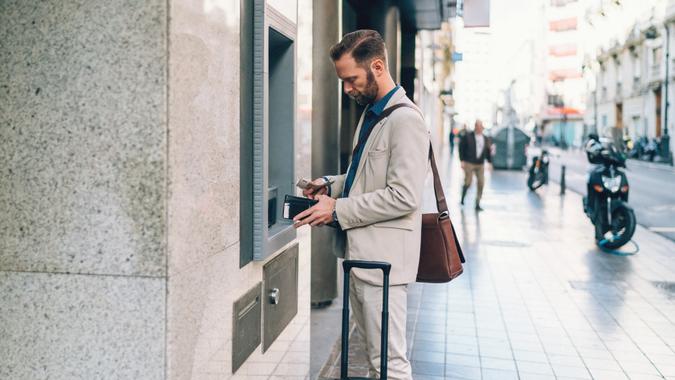 Bitcoin ATMs are sprouting all over the country, in another sign that the cryptocurrency is going mainstream.

According to the organization How Many Bitcoin ATMs, there are now 28,185 bitcoin ATMs in the US.

The organization, whose aim is to “bring transparency and consistency to the world of bitcoin ATMs,” says on its website it was founded in January 2021 by a group of academic researchers and volunteers from MIT, Stanford and other universities around the world who are interested in alternative analytical methods to measure bitcoin adoption.

“The financial sector often uses the bitcoin price or the market cap of bitcoin as the bell weather barometer, but we believe that those metrics do not capture a lot of what is happening at the retail consumer level. Similar to how inflation calculations involve actual researchers going to local supermarkets to record the price of a basket of goods, we believe the same needs to be measured for bitcoin adoption,” it says.

Approximately 10,000 new ATMs were installed since August 2020, according to the research organization.

Quad Coin is one of the bitcoin ATM operators. Founded in 2018 with one ATM in San Francisco, it now has 200 locations in 20 states, according to its website.

Its founder, Mark Shoiket, told Reuters that “I just assumed there was demand and people wanted bitcoin everywhere.” Shoiket flew to Montana after scanning a U.S. map for bitcoin ATM deserts, which led him to find seven places to install machines.

Reuters reports that ATM fees range from 6% to 20% of a total transaction, depending on the location and the operator. Large operators include Coinflip, which has 1,700 ATMs in 45 states, according to its website.

Pamela Clegg, director of financial investigations and education at cryptocurrency compliance firm CipherTrace, told Reuters, “The growth of the ATM market — it is not even a gentle increase, it is almost a 45% increase. (It) is quite astonishing.”