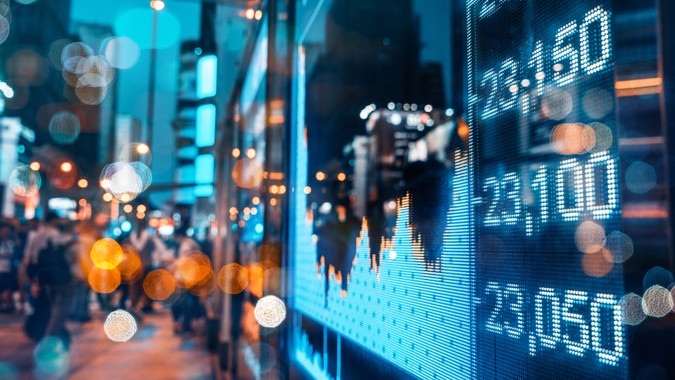 The stock market could double by 2030 because COVID has “utterly changed” the policy environment, a Bernstein analyst said, according to MarketWatch.

Find Out: How COVID-19 Changed Retirement for Everyone
Learn More: Beaten-Down Stocks Likely to Bounce Back After COVID-19

Inigo Fraser Jenkins, co-head of the portfolio strategy team at Bernstein Research, saw the S&P 500 index hit his 10-year target — but with 8 1/2 years still remaining, according to MarketWatch. Indeed, the S&P 500 SPX, 0.50% advanced on the 4,000 level — that’s the target that in 2019 Fraser Jenkins had predicted the S&P to hit by the end of this decade.

MarketWatch reports that Bernstein’s Alla Harmsworth, also co-head of the portfolio strategy team, had in 2019 called for the large-cap benchmark to end the decade at 8,000.

“Of course, having got to 4,000 doesn’t necessarily mean that I have lost the argument. But the idea that the nominal level of the S&P will be the same eight-and-a-half years hence seems too horrible an outcome to countenance,” Fraser Jenkins wrote in a note, according to MarketWatch.

Fraser Jenkins added that “it’s likely too horrible for politicians and other policy makers to countenance, at least if they want to persist in the notion that individuals need to carry the risk of saving for their retirement,” he wrote. “Thus, given those alternatives I find it easier to accept that I was wrong, so I am belatedly changing my view to agree with that of my colleague and taking 8,000 as our S&P target for the end of the 2020s.”

Fraser Jenkins argued that the policy environment has “utterly changed” as a result of the COVID-19 pandemic. Not all of those changes will be positive for equities, “but the most important point is that for the first time in at least a decade there is a plausible case for inflation,” he wrote.

Check Out: How to Protect Your Retirement Savings During the Coronavirus Pandemic
Read Next: 4 Investing Lessons the Pandemic Has Taught Us

He also noted that while “unanchored” inflation would be a threat to the outlook, a moderate level of inflation would be positive, MarketWatch reports. There’s also a good chance that interest rates will rise more slowly in response to inflation, he said, while the acceptance of “semi-permanent higher debt” and massive direct government aid, such as fiscal stimulus checks, work-furlough programs or infrastructure investment, are things that would have been much less likely had there been no pandemic.