Will You Sell Your Netflix Stock? 50% of Younger Millennials Already Did 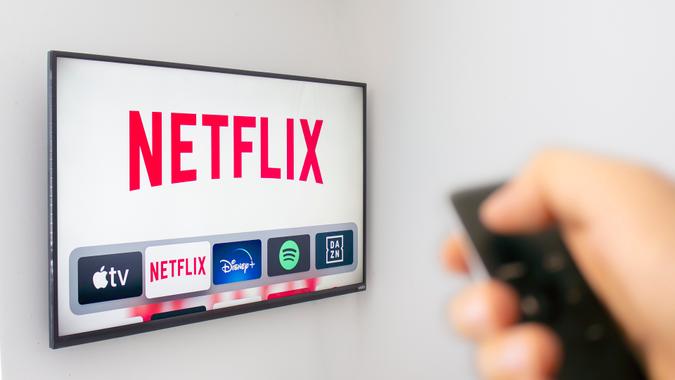 The recent stock swoon by Netflix has given many shareholders the jitters, with a substantial number having either sold their shares or saying they plan to soon, according to a new survey from GOBankingRates. Among the most bearish investors are younger millennials, with half of those polled having already bailed out on the streaming service.

The survey of 502 Americans aged 18 and older, conducted between April 21 and April 23, 2022, found that nearly one-third of Netflix stockholders surveyed have sold their shares. Another 19.35% said they plan to sell their shares soon. Only 27.42% of respondents who hold Netflix stock plan to buy into the current dip. About one-fifth plan to hold the stock.

Netflix shares lost more than one-third of their value on April 20 after the company reported disappointing first-quarter earnings and revealed that it lost 200,000 paid subscribers during the period.

As GOBankingRates previously reported, Netflix acknowledged in a letter to shareholders that its revenue growth has slowed considerably, partly because it already has a relatively high household penetration.

Read: 6 Alternative Investments to Consider for 2022

The GBR survey found that younger Netflix shareholders are especially keen to get rid of their stock. More than 63% of Gen Z (ages 18 to 24) shareholders polled have either already sold or plan to soon sell their Netflix shares. That ratio is even higher (70%) for millennials ages 25-34.

Shareholders between the ages of 55 and 64 seem to have the strongest belief that Netflix shares will bounce back, with half of this cohort saying they plan to buy the dip. More than four in 10 (45.45%) Netflix shareholders polled (aged 35 to 44 years old) have similar plans. The least likely to buy the dip are shareholders in the 45-54 age cohort, with only 10% planning to do so.

The most likely shareholders to hold their Netflix stock are those 65 and older, with half saying they plan to do so. Forty percent of respondents ages 45 to 54 plan to hold their shares.

See: POLL: What Do You Think of Elon Musk Buying Twitter?
Find: Baby Boomers Could be the Answer to Netflix Subscription Woes – Here’s Why