Is McDonald’s Stock Poised for Further Gains? Should You Invest? 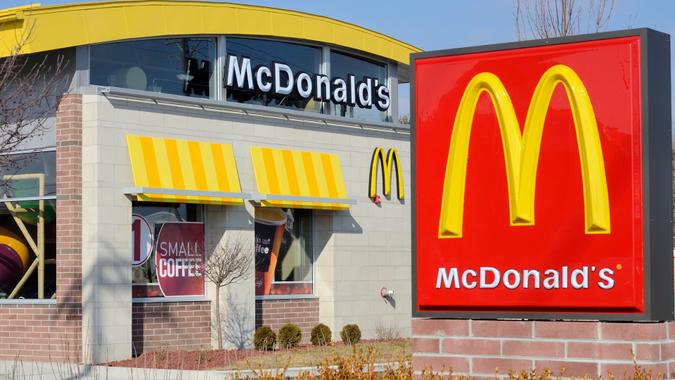 The maker of the Happy Meal was not having a very happy time of it on Wall Street a month ago, as McDonald’s stock price hit a 12-month low of $217.68 per share on March 10, 2022. Since then, however, the stock has rallied 15% amid renewed optimism over the fast-food giant’s financial performance and future growth prospects.

Shares of McDonald’s closed at $250.45 on April 11 to continue a recent push that has put the stock into positive territory for 2022 despite the sluggishness of the stock markets as a whole.

One reason Wall Street is bullish on the world’s largest restaurant chain is because of its recent financial performance. McDonald’s ended a strong 2021 with double-digit revenue and comparable sales growth during its fourth quarter, Forbes reported. The company also posted its best annual earnings per share in the last decade.

McDonald’s results got a big boost from rising demand at existing locations, helped by partnerships with third-party food delivery companies like Uber and DoorDash and continued growth in digital orders.

“Our investments in technology and digital are paying off as our digital engine continues to make the customer experience more seamless and fuels growth in the process,” CEO Chris Kempczinski said during the company’s fourth-quarter earnings call earlier this year. “Our top six markets saw more than one-fourth of their systemwide sales or $18 billion come from digital channels in 2021, a 60% increase over 2020.”

There have been recent concerns about the impact of the Russia-Ukraine conflict on McDonald’s business because of its presence in Russia, where it operates about 850 mostly company-owned locations. The company has shuttered its stores in Russia until further notice. But as Forbes noted, the closings are only costing McDonald’s about $50 million per month — a modest amount considering it logged more than $23 billion in revenue last year.

Meanwhile, the company’s future growth prospects — combined with its growing dividend — should bolster its stock price, according to financial experts. Forbes recently raised its valuation on McDonald’s to $297 a share based on a revised earnings outlook and price-to-earnings ratio.

See: 6 Top Alternative Investments to Consider for 2022
Find: How Much Is McDonald’s Worth?

Analysts have a mostly upbeat take on McDonald’s. The 33 analysts who followed the stock as of April 11, 2022, had an average rating of 2.1, according to Yahoo Finance, putting it firmly in the “Buy” category. Eight analysts rate it a “Strong Buy,” 15 rate it a “Buy, and 10 rate it a “Hold.”