Stock Market Reacts to Russia’s Invasion of Ukraine, Deepening a Correction That Was Already Underway — Is a Bear on Its Way? 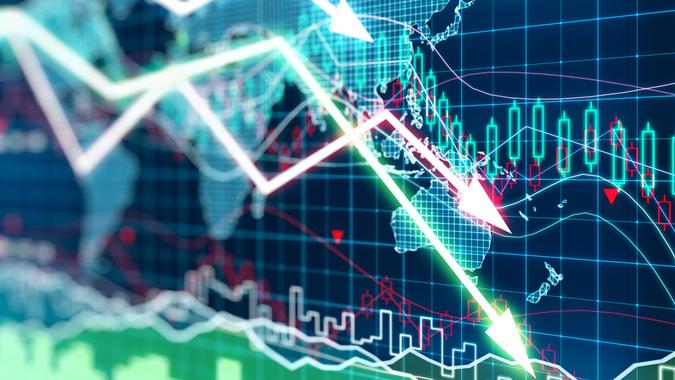 Stock markets around the world plunged early Thursday following Russia’s invasion of Ukraine, battering indexes that were already in a correction as tensions escalated in the region.

See: Stock Market Crash — ‘Godfather’ of Technical Analysis Predicts 20% Drop — Should You Be Concerned?
Find: Trouble Ahead — Data Shows Boomers Have Most of Their Money in Stocks as Market Prepares for a Correction — Here’s What You Can Do

The S&P 500 on Wednesday deepened its correction — which means a loss of 10.25 % from its recent peak — as Microsoft, Cisco Systems and other technology stocks sold off, the AP reported. Retail stocks such as Amazon and Starbucks also logged heavy losses.

The S&P 500’s correction was its first since the spring of 2020, when the COVID-19 pandemic rattled the global economy. As AP noted, that correction eventually became a bear market — a decline of 20% or more — as the S&P 500 lost more than 30% of its value in about a month.

See: What To Do If Your Stocks Are All Falling

The situation in Ukraine has caused similar worry on Wall Street, compounded by looming Federal Reserve interest rate hikes designed to tame inflation that has been rising at its fastest pace in four decades.

Could the U.S. be headed for another bear market as Russia enters war against Ukraine? Even with so many forces colliding at the same time, that’s no sure thing based on recent history. Only one of the past seven corrections have marked the start of a bear market, Reuters reported.

But there are signs that a bear might already be on its way. Last month the small-cap Russell 2000 index confirmed it was in a bear market, Reuters noted, though some analysts believe small stocks are in the process of bottoming out.

In January, the Nasdaq confirmed that it had entered its fourth correction since the start of the pandemic. As of Wednesday it was down almost 17% from its record high close in November, which means it is moving closer to a bear market.