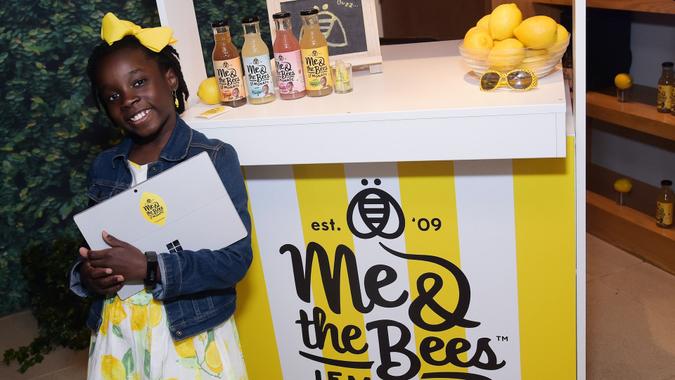 For many of us, starting your own business is part and parcel to the American dream. There is no greater success story than rolling up your sleeves and building a business from the ground up. Entrepreneurs have always come from all walks of life, but these days, we’re seeing the rise of “kidtrepreneurs.” As you might expect, “kidtrepreneurs” are exceptionally young entrepreneurs who built their very own small businesses.

2021 Small Business Spotlight: Check Out Our Small Business Stories, Plus the Nominated Businesses Near You
See: 10 Reasons Why Talking To Kids About Money Is More Important Than Ever

Building a successful small business is never easy, so doing it at a young age is all the more impressive. Thus, there is much to learn from these little business owners. We’ll take a look at their stories, what their businesses are about and what they have planned for the future.

Plastic waste is a very big problem, and it’s one that necessitates rethinking the way we consume. Some of the biggest culprits are shampoo and liquid soap bottles. Unless you want to stop showering altogether, the best way to avoid the constant cycle of buying and discarding plastic bottles is, of course, to get rid of the plastic bottles.

That’s exactly what Benjamin Stern of Nohbo decided to do. He aimed to help reduce the 120 billion personal care packages that are produced and thrown away each and every year. His products, such as Drops and Slips, are water-soluble, plastic-free pods. Each pod contains one “dose,” or just enough for a single use. Now, with every 1 million of its Drops products that are used, Nohbo eliminates 22,050 pounds of plastic.

Mikaila Ulmer: Me & the Bees Lemonade

You could say Mikaila Ulmer was literally stung by the entrepreneurial spirit. She was stung by a bee when she was just 4 years old; a week later, she was stung again! However, those incidents didn’t turn bees into her archenemies. In fact, it was quite the opposite: She decided she wanted to help the bees instead. “After doing some research about them, I became fascinated and learned all about what they do for me and our ecosystem,” she says on her website.

Mikaila also gained some inspiration when her great-grandmother’s flaxseed lemonade recipe was sent to her. She was also encouraged to participate in the Acton Children’s Business Fair and Austin Lemonade Day. So, Mikaila decided to add honey to the lemonade recipe, and Me and the Bees Lemonade was born.

Never Too Early: A Parents’ Guide To Teaching Your Kids About Money

Lily Born’s grandfather has Parkinson’s disease and found himself spilling his drinks frequently. When she was just 8 years old, Lily decided to take matters into her own hands. She designed a cup made from plastic that wouldn’t spill so easily. It has three curved legs that double as handles. The legs work like a tripod, so the cups won’t spill easily even if you bump them.

The idea didn’t stop there, though. Her father was spilling coffee on his laptop, so she made a ceramic version of the cup for him. From there, the idea only grew, and she scaled it up, cutting deals with manufacturers. She calls them Kangaroo Cups, and you can now buy them on Amazon.

Further Reading: A Musical Couple Teaches Kids of All Ages How To Rock Out

Bow ties have been around for centuries, so you might think there wouldn’t be much left to do with them. But in 2011, at just 9 years old, Moziah Bridges realized there weren’t any bow ties that fit his style and personality. So, he sat down at his grandmother’s kitchen table in south Memphis and started creating his own bow ties. He was just making them for himself; he didn’t set out to build a bow tie empire.

Nevertheless, it wasn’t just Mo who liked what he was making. His business, now called Mo’s Bows, has sold over $700,000 worth of products and has five employees. He has appeared on numerous TV shows, including “Shark Tank,” “The Steve Harvey Show” and “Good Morning America.”

Check Out: 6 Tips for Getting Your Kids Involved in the Family Budget This Year

Plastic production has increased dramatically over the past several decades, increasing the need for reusing — and for recycling. Unfortunately, only about 9% of plastic is recycled. The rest is incinerated or ends up in landfills or in the ocean. Ryan Hickman might not have fully grasped the environmental implications of plastic pollution when he decided to start Ryan’s Recycling — after all, Ryan’s Recycling was born out of a trip to the recycling center in 2012, when Ryan was just 3 years old.

Regardless, Ryan’s Recycling is making a big impact today. Ryan has appeared on “Ellen” and his company has recycled over 1 million bottles and cans. It has also recycled nearly 150,000 pounds of material and raised over $13,000 for the Pacific Marine Mammal Center.