Tesla on Track to “Make $1 Billion” in Bitcoin Profits 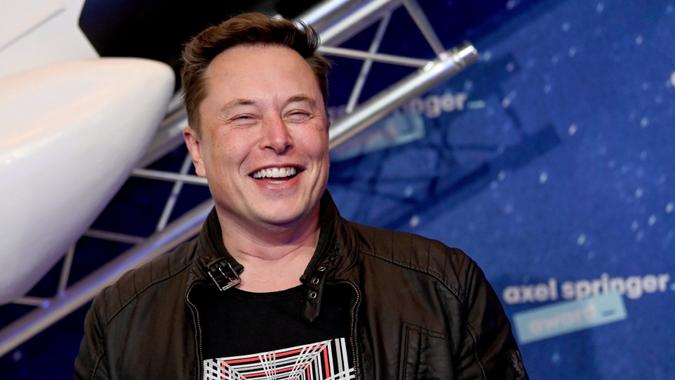 Tesla, which revealed it bought $1.5 billion worth of Bitcoin earlier this month, is “on a trajectory to make more from its Bitcoin investments than profits from selling its EV (electric vehicle) cars in all of 2020,” according to a note by Daniel Ives, an analyst at Wedbush Securities, reported by CNBC.

Ives estimates that Tesla has made roughly $1 billion in paper profits from its investment into Bitcoin, according to CNBC.

In addition to the Bitcoin investment, Tesla will begin accepting the cryptocurrency as a form of payment for its products in the near future, according to a Tesla Securities and Exchange Commission filing.

See: 6 Reasons Tesla Might Be the Stock You Need to Buy
Find: Why Some Money Experts Believe In Bitcoin and Others Don’t

“While the Bitcoin investment is a side show for Tesla, it’s clearly been a good initial investment and a trend we expect could have a ripple impact for other public companies over the next 12 to 18 months,” according to CNBC’s report on Ives’ note.

CoinMarketCap valued the crypto at around $1 trillion last week, a huge milestone. Bitcoin has added more than $415 billion of value in 2021 alone, Bloomberg reports.

See: Long-Term Investors Hold Most of the Bitcoin Supply
Find: Mark Cuban – “Bitcoin is Exactly like the Dot Com Bubble”

Musk defended Tesla’s Bitcoin purchase last week, tweeting that Bitcoin “is simply a less dumb form of liquidity than cash.” However, he tweeted again on Saturday, saying that Bitcoin and Ethereum “do seem high lol.”

Tesla (NASDAQ: TSLA), which became the newest S&P 500 member when it joined the index in December 2020, missed the consensus earnings-per-share estimate for the fourth quarter (as reported by Seeking Alpha) of $1.03, reporting $0.80 EPS, according to its earnings statement. However, the company beat the revenue estimate of $10.38 billion, reporting $10.74 billion in revenue, a 46% increase year over year.