The Industries in Need of the Most Employees Right Now 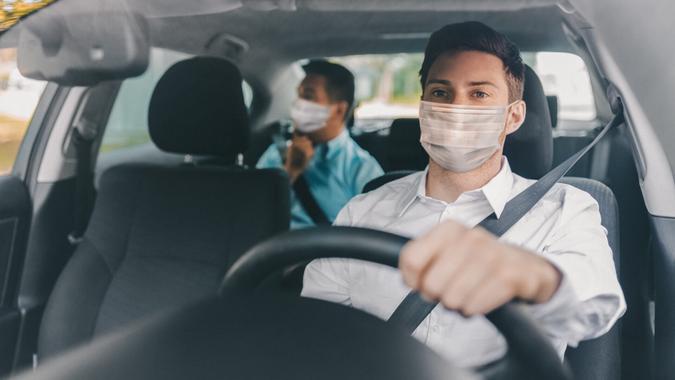 Virus fears, career changes and extended unemployment benefits were making good workers hard to come by for many. Then, the Delta variant further squeezed an already tight labor market. While all this was happening, stiff competition among employers put the power squarely in the hands of job applicants, many of whom had quit their old jobs en masse as part of the “Great Resignation.”

See: Hiring Growth for These 20 Jobs Has Exploded
Learn: Where Workers Leaving the Restaurant Industry Are Going

Today, things are loosening up at last as America finally appears to be getting back to work, according to The New York Times — but you wouldn’t know it by looking at some industries.

As fall arrives and the kids head back to school, these sectors are still struggling to fill positions and meet customer demand.

Volumes have been written about the ongoing lumber shortage, which is the main culprit behind the country’s record-high home prices. According to the Washington Post, there’s plenty of timber to meet the bottomless demand for wood. But raw timber can’t become finished wood products without first passing through a sawmill — and thanks to a labor shortage, America’s sawmills simply can’t keep up.

Sawmills were not deemed essential businesses, so they laid off their workers during the shutdowns same as everyone else. But when they reopened, many found that their former employees had moved on just as demand was skyrocketing. Since lumber prices will eventually fall back to earth when the market corrects, many sawmills are downright desperate to hire enough hands to meet the overflow of demand while prices remain high, according to Vice.

Check Out: 10 Careers That Are Booming During the Pandemic

One of the sweetest subplots to come out of the pandemic was a major surge in pet adoptions. It made sense. Bored and anxious shut-ins turned to dogs and cats for companionship and comfort. That alone sent demand for veterinary services soaring, according to CNN.

Then, puppies grew into dogs, kittens into cats.

When people went back to work and started moving around again, their furry friends were bigger, more expensive and not as cute as when they brought them home from the shelter. Waves of people began returning pandemic pets, putting extra pressure on an already-squeezed veterinary services industry.

Just like human healthcare, burnout and stress fueled rampant turnover. The psychological rigors of receiving returned animals, many of which had to be euthanized, caused an exodus out of the industry, which remains short of workers to this day.

The American trucking industry was suffering from a chronic driver shortage for years before the pandemic. The virus, of course, only added to the pressure as delivery on demand became the theme of the shutdowns.

But it’s not just here — trucking companies are understaffed around the world, according to the Financial Times.

Pandemic aside, the industry is suffering from the same woes that have been plaguing it for years. It’s an occupation with an aging workforce. A full 57% of drivers are over 45, according to Coyote, a UPS company — 23% are over 55. Young workers are just not showing interest in the high-risk, physically demanding and unhealthy line of work, even as trucking companies beef up salaries. Many instead are gravitating toward jobs in warehouses and fulfillment centers like those run by Amazon. There, good pay and strong benefits come with a much healthier work-life balance.

According to Bloomberg, things have gotten so bad that American companies are bringing in workers from overseas to take their place behind the wheel — but even that has been a struggle.

Trucking Is One: 10 Careers Known for Really Long Hours

Ride-share drivers aren’t employees in the traditional sense, but Uber and Lyft can’t live without them. The industry was pummeled by the virus, which caused demand for rides to dry up. As the economy reopened, rider demand grew back to pre-pandemic levels or close to it. But drivers proved hard to lure back, according to Reuters, a trend that continues to this day.

According to RideShareGuy, the source of the ongoing driver shortage has a few root causes.

First, Uber and Lyft are facing increasing competition from food-delivery services like DoorDash and Instacart, where so many drivers migrated when demand shifted to food and grocery delivery during the pandemic. Also, drivers are concerned — and rightly so — with the ongoing pandemic, the Delta variant and worries about dealing with combative passengers who flout mask regulations.

Check Out: Incentives Companies Are Offering To Find Workers

At the end of August, Bloomberg reported on Albuquerque, New Mexico, a city so desperate to add employees to its payrolls that it was offering Wall Street-style bonuses worth up to $15,000 to cops, firefighters and other public employees who were willing to sign on. Albuquerque is hardly alone. Across the country, 1 in 10 local government positions are waiting to be filled — that’s about 780,000 open public-sector jobs nationwide, compared to pre-pandemic levels. It’s not just first responders. Cities are struggling to hire and retain trash collectors, garbage collectors, healthcare workers and other critical employees.

Because of the way that pay is structured and funds are allocated for public-sector jobs, it’s much harder for local governments to compete during labor shortages than it is for well-heeled private corporations like Amazon and UPS.

New Mexico is in the direst straits but states like New Hampshire, Connecticut and Oregon aren’t far behind.