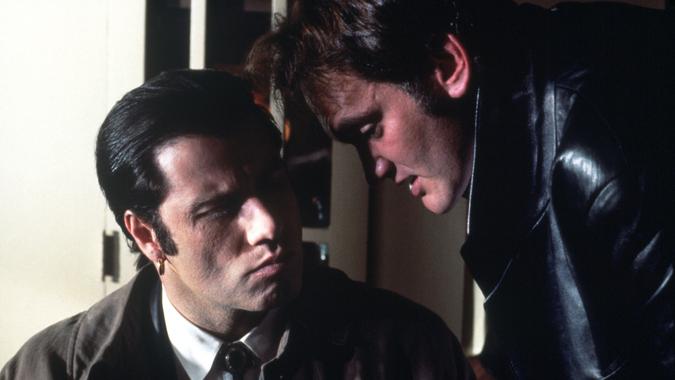 Quentin Tarantino is jumping on the NFT bandwagon, announcing he will auction off seven uncut “Pulp Fiction” scenes as “Secret NFTs,” on NFT marketplace OpenSea.

Each NFT contains one or more previously unknown secrets of a specific scene from Pulp Fiction. The secret content itself is one-of-a-kind, has never been seen or heard before and will include: the uncut first handwritten scripts of “Pulp Fiction” and exclusive custom commentary from Tarantino, revealing secrets about the film and its creator, according to a press release.

In addition, the public metadata of the NFT — the “front cover” of this exclusive content — is rare in its own right: a unique, never-before-seen, public-facing work of art, according to the release.

“I’m excited to be presenting these exclusive scenes from Pulp Fiction to fans,” Tarantino said in a statement. “Secret Network and Secret NFTs provide a whole new world of connecting fans and artists and I’m thrilled to be a part of that.”

Robert Powers, director of decentralized media at NFT technology and strategy provider The VideoCoin Network, told GOBankingRates that this latest development in the space, “marks a cultural shift in which one of the most iconic directors in Hollywood is embracing a technology that holds out the possibility of not only transforming art and entertainment as we know it — but the notion of creativity itself.”

Anthony Georgiades, co-founder and COO of Pastel Network, an NFT marketplace that is built on its own native blockchain, told GOBankingRates that Tarantino’s NFT drop is just another example of how versatile NFTs can be.

“NFTs are not just digital art — they can be anything. They offer creators — like Quentin — the opportunity for additional income streams without the requirements of middlemen,” Georgiades says. “And, more importantly, they offer fans the chance to own priceless mementos and support their favorite creators. NFTs are connecting them more closely than ever before.”

Secret NFTs are a new asset class of non-fungible tokens, enhanced with privacy and access control features issued on the Secret Network.  They were designed based on the Ethereum ERC721 token standard and maintain many positive characteristics of traditional NFTs, according to the Secret Network website.

“These unique items can be used for a variety of purposes, but generally, we believe tokens ought to be private if they represent our personal goods and experiences,” according to the website.

See: OpenSea NFT Marketplace Review 2021
Find: NFTs Are the Trendy Asset of the Moment — But Are They Worth Your Money?

Leo Matchett,  CEO and a co-founder of The Decentralized Pictures Foundation, says that Tarantino’s move “is part of the first wave of dominoes.”

“Look at the new Anthony Hopkins film released as NFTs as another example,” Matchett told GOBankingRates. “I think NFTs are the future of digital intellectual property ownership and have the potential to offer special experiences to cinephiles such as NFT collectible tickets. Because of the many things NFTs can offer fans, many industry professionals and film studios are exploring the space right now.”

This article was updated to reflect the correct title for Robert Powers.