Sen. John McCain passed away due to brain cancer on Aug. 25, 2018. He was a politician, veteran and a published author. The one-time presidential candidate’s family announced on Friday, Aug. 24, that McCain had discontinued medical treatment for brain cancer.

In their statement, the family said, “Last summer, Senator John McCain shared with Americans the news our family already knew: He had been diagnosed with an aggressive glioblastoma, and the prognosis was serious. In the year since, John has surpassed expectations for his survival. But the progress of the disease and the inexorable advance of age render their verdict … With his usual strength of will, he has now chosen to discontinue medical treatment.”

Click to read more about the 81-year-old Arizona senator’s net worth and his career as a politician.

Twitter Reactions to John McCain’s Passing From Presidents, Others

President Donald Trump and former presidents, among countless others, took to Twitter to remember McCain, including the following:

My deepest sympathies and respect go out to the family of Senator John McCain. Our hearts and prayers are with you!
— Donald J. Trump (@realDonaldTrump) August 26, 2018

"Some lives are so vivid, it is difficult to imagine them ended. Some voices are so vibrant, it is hard to think of them stilled. John McCain was a man of deep conviction and a patriot of the highest order.” […] Full statement by President George W. Bush https://t.co/FQVYWIUyGL pic.twitter.com/W8LCxJXRLi
— George W. Bush Presidential Center (@TheBushCenter) August 26, 2018

John McCain believed that every citizen has a responsibility to make something of the freedoms given by our Constitution, and from his heroic service in the Navy to his 35 years in Congress, he lived by his creed every day. https://t.co/946T7PnG53
— Bill Clinton (@BillClinton) August 26, 2018

My heart is broken. I am so lucky to have lived the adventure of loving this incredible man for 38 years. He passed the way he lived, on his own terms, surrounded by the people he loved, in the the place he loved best.
— Cindy McCain (@cindymccain) August 26, 2018

Senator McCain’s own most recent and final tweet reflected his dedication to U.S. military service members. It was a message of condolence from him and his wife Cindy to the family of Chief Warrant Officer 3 Taylor J. Galvin, who was killed in a helicopter crash in Iraq. 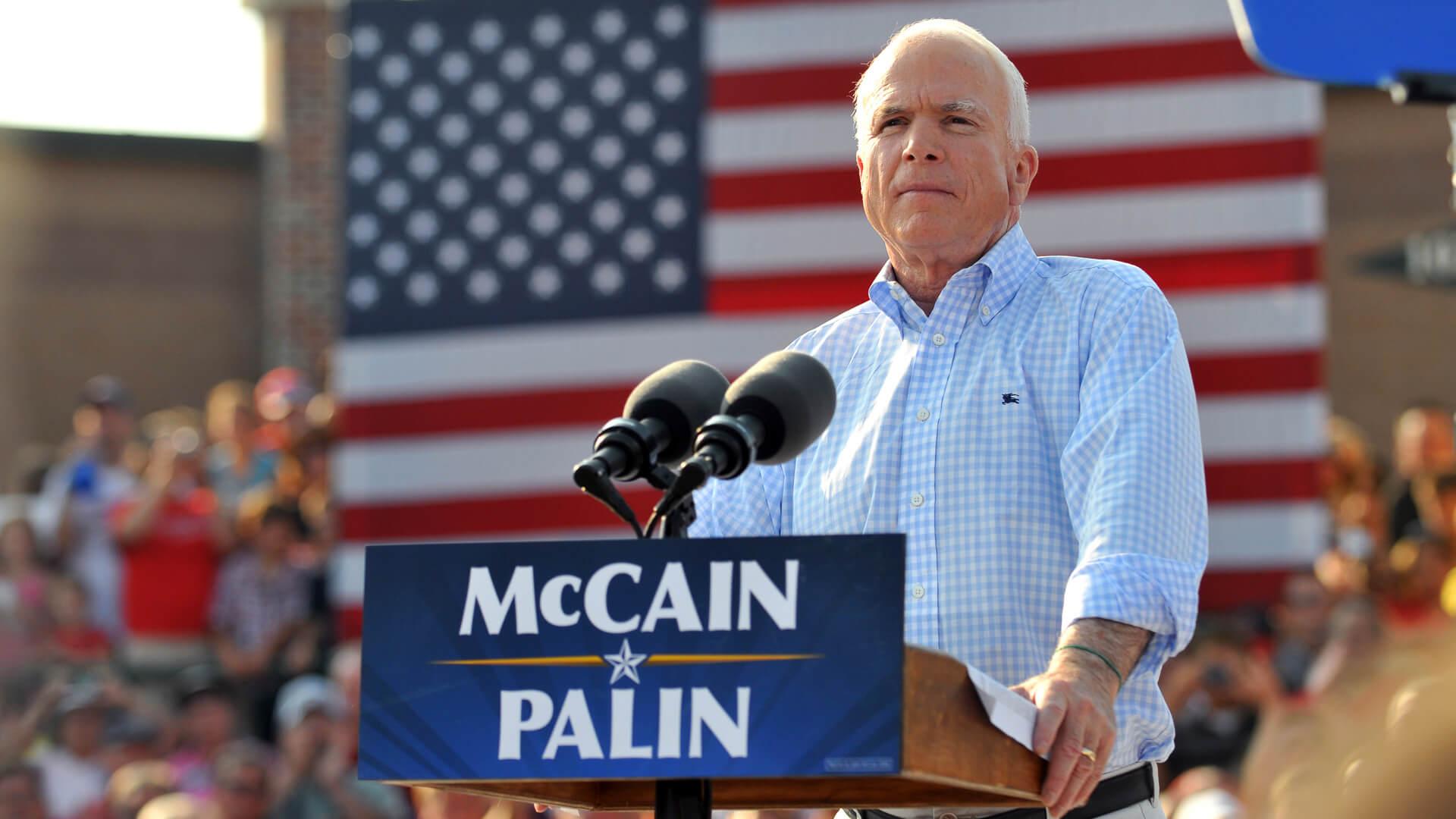 Check Out: 14 Billionaires Who Are Also Veterans

After leaving the Navy, McCain immediately transitioned to a life in politics. In 1982, the Republican was elected to the U.S. House of Representatives from Arizona, and was re-elected in 1984. In 1986, he was elected to represent Arizona in the U.S. Senate. He also served as the Chairman of the Senate Committee on Armed Forces.

As senator, his key issues included cutting down on regulations placed on farmers, protecting the right to bear arms, reducing the federal debt and deficit, improving the Armed Forces, ensuring Americans have access to affordable healthcare, securing the nation’s borders, supporting tribal sovereignty and self-governance for Native Americans, increasing the availability of communications services to all U.S. households and improving care for veterans.

The 2018 standard salary for a member of Congress — whether in the House or Senate — is $174,000. As McCain did not have any notable business ties, this is likely the largest driver of his net worth, which Celebrity Net Worth reports at $16 million. He did earn $1.7 million in book sales in 2007 according to TheRichest; however, all of that money was donated to charity. His other significant earnings have come from the sales of various properties.

McCain vied for the Republican presidential nomination in 2000, but was defeated by George W. Bush. He tried again in 2008 and became the Republican nominee — with running mate Sarah Palin by his side — but lost the presidency to Barack Obama.

John McCain was diagnosed with brain cancer during the summer of 2017. The politician was seeing his doctor at the Mayo Clinic in Phoenix for a routine checkup when it was discovered that he had a blood clot over his left eye. Days after his operation, McCain was told he had glioblastoma, an aggressive form of brain cancer. Doctors told him the prognosis was not good.

“They said that the prognosis is very, very serious,” he told “60 Minutes” in September 2017. “Some say 3 percent, some say 14 percent. You know, it’s a very poor prognosis. So I just said, ‘I understand. Now we’re going to do what we can, get the best doctors we can find and do the best we can.’ And at the same time celebrate with gratitude a life well lived.”

In the book — a Publisher’s Weekly Bestseller — McCain discusses how important it is for Americans to look past their political divides for a greater good. “I want to urge Americans for as long as I can to remember that this shared devotion to human rights is our truest heritage and our most important loyalty,” he wrote in an excerpt published by NPR.

Learn More: 19 Costliest Diseases in the US

McCain said he was inspired to continue working through his cancer treatments by the late Sen. Ted Kennedy, who had the same type of brain tumor.

“I think about Ted a lot,” he said during the interview. “Ted stayed at his job, kept working, kept going, even when he was in a wheelchair.”

He added: “I am more energetic and more engaged as a result of this because I know that I’ve got to do everything I can to serve this country while I can.”

Though he persevered, after the prognosis, McCain eventually decided to take a step back from politics. On Aug. 3, 2018, the Washington Post reported that McCain had stepped down from his position as chairman of the International Republican Institute. Alaskan Sen. Dan Sullivan took his place.

Serving as chairman of @IRIglobal for 25 years has been a great honor & I look forward to continuing to serve on its board & support its mission. @SenDanSullivan will be an excellent new leader as IRI continues to advocate for democracy & freedom worldwide.https://t.co/cZ500OkXNL
— John McCain (@SenJohnMcCain) August 3, 2018

Following in his father’s footsteps, McCain spent the first 23 years of his career in the Navy. He graduated from the U.S. Naval Academy in 1958 and the National War College in 1973.

He served as a Navy pilot from 1958 to 1981. Terrifyingly, North Vietnam took him as a prisoner of war in 1967 and held him captive for more than five years, finally releasing him in 1973. Kept in solitary confinement for part of his imprisonment, McCain endured torture and beatings at the hands of his captors.

A decorated war veteran, he earned several honors for his service. These include the Silver Star, the Legion of Merit, the Purple Heart, and the Distinguished Flying Cross. His status as a retired service member has earned him respect from many as well as a strained relationship with President Donald Trump, who has mocked his status as a prisoner of war and questioned the legitimacy of his capture. In an interview during his presidential campaign, Trump went on to state, “I like people who weren’t captured.”

Married to the senator since 1980, Cindy McCain — born Cindy Lou Hensley — is heiress to a beer empire. As the recipient of her father’s shares of Hensley Beverage Company, the leading distributor of Anheuser-Busch beverages in Arizona, she took over as chairman of the board upon his passing in 2000. Cindy McCain’s net worth of $300 million makes her significantly wealthier than her late husband.

Also a philanthropist, McCain dedicates her time to numerous charities. She’s the co-chair of the Arizona Governor’s Council on human trafficking and the McCain Institute’s Human Trafficking Advisory Council.

A father first, the senator is survived by seven children and five grandchildren. He adopted his oldest two children — Doug and Andy — with his first wife Carol. The couple also had daughter Sidney before they divorced in 1980.

McCain’s four children with Cindy — who is 17 years his junior — include daughters Meghan and Bridget, and sons Jimmy and Jack.

Of all McCain’s children, daughter Meghan has stolen the spotlight. The outspoken blonde is a co-host on “The View” and an ABC Politics analyst.

Click to keep reading about what’s keeping past presidents and vice presidents wealthy.

Gabrielle Olya and Lorina Morton contributed to the reporting for this article. 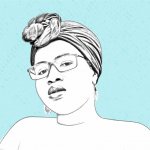 An author and artist from Los Angeles, Lorina Morton serves as an editorial intern specializing in SEO content. She currently studies Communication Theory and Production as well as Creative Writing at Salem College. Lorina's work has won awards from Scholastic as well as the Rondthaler-Gramley Prize in Creative Writing. 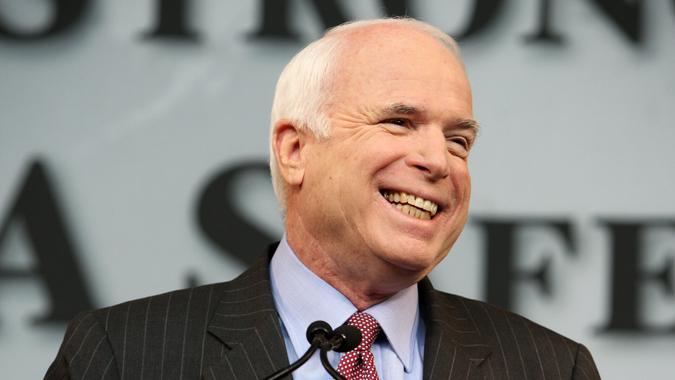 McCain left a legacy of service and charitable donations.

> Net Worth > Politicians > John McCain's Fortune and Legacy in Politics, Business and Family