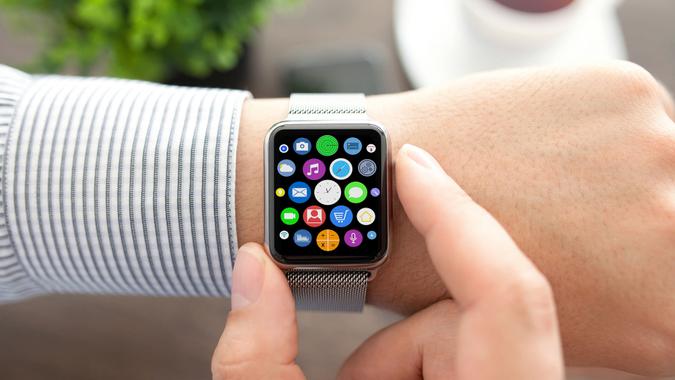 New technology in banking is already transforming the financial sector, and the traditional banking landscape is set to rapidly change in the next five years. Safety features, such as advanced cryptography and biometrics, will help protect against bank scams, and remote applications will make it easier than ever to do your banking without visiting a branch — but if you do, the experience is likely to be much more customer-friendly.

Here’s a look at the how banking technology will change data sharing and the way your money is handled.

Blockchain technology is set to fundamentally transform banking and financial services. It decentralizes financial management from a central authority to a widespread network of computers. Financial transactions are broken down into encrypted packets, or “blocks,” which are then added to the “chain” of computer code and encrypted for enhanced cybersecurity — it’s been compared to “email for money” by blockchain startup CEO Blythe Masters. Because the technology has the potential to improve numerous facets of banking — and is the basis for other banking technology trends like bitcoin — it’s no longer a question of if blockchain will change the banking industry, but when, according to the Wharton School of the University of Pennsylvania.

ATMs transformed the bank tech system when they were first introduced in 1967. The next revolution in ATMs is likely to involve contactless payments. Much like Apple Pay or Google Wallet, soon you’ll be able to conduct contactless ATM transactions using a smartphone.

Some ATM innovations are already available overseas. For example, biometric authentication is already used in India, and iris recognition is in place at Qatar National Bank ATMs. These technologies can help overall bank security by protecting against ATM hacks.

It might take some time to see ATM upgrades in the U.S. financial system because of the strict regulations governing North American banks, according to Bayometric, which is a leading global provider of biometric security systems.

Banks are hoping that technology will allow them to deliver a faster, more transparent experience to consumers. A large portion of their resources, however, is necessarily dedicated to security, compliance and other industry-specific requirements, which has allowed non-banks — or financial service providers that are not regulated by the banking industry — to flourish, according to a 2016 report from market intelligence firm Greenwich Associates. Since these companies can devote a greater percentage of their assets to cutting-edge financial technology, they might be able to innovate more rapidly than traditional banks, attracting tech-savvy customers in the process.

The in-bank experience of the future might be more like shopping at an Apple store. Because so many people now can download user-friendly banking apps or easily find an ATM to handle basic banking transactions, the typical in-bank customer today is seeking help involving a personal interaction. Banks hoping to increase sales in the future are considering this transformation as a way for customers to engage more directly with the bank and its products, just like in an Apple store, directing customers to interact with tech kiosks for some transactions and reserving person-to-person interaction for answering questions or addressing needs unique to the individual consumer.

Vikram Pandit, who ran Citigroup Inc. during the financial crisis, said up to 30 percent of banking jobs could disappear within the next five years due to developments in technology, in a 2017 interview with Bloomberg television.  Many employees of Wall Street’s largest firms are already having to adapt or look for other positions due to the use of technologies such as machine learning and cloud computing, which automate their operations, according to Bloomberg.

The mobile and digital transformation in the banking system has only just begun and growth is already explosive. Banks are investing heavily in digital banking technology, in which customers use mobile, web or digital platforms to use banking services. Artificial intelligence solutions, such as chatbots, often assist customers in simple tasks such as making payments. In a Forbes survey on banking customer engagement from late 2016, 86 percent of banks indicated that these types of services represent their top technology investments.

Although banks can pour lots of money into technology, the fastest way to deliver financial innovation in the future is likely going to involve strategic partnerships. Fast-growing companies that already have new-wave fintech or social media platforms in place could make excellent partners for traditional banks seeking to enhance customer experience. Card-linked marketing company Cardlytics, which engages in data analytics, is partnering with several financial institutions like Bank of America to leverage secure purchase data in order to tailor marketing based on consumers’ card use.

Read More: 9 Ways to Simplify or Streamline Your Money Life

Wearables — such as smartwatches — are poised to become the future of the retail banking experience, according to Samsung Insights. One example is that banks could use Bluetooth beacons to push personal greetings to customers’ smartwatches when they enter a banking location.

Another type of wearable might be smart glasses for bank tellers, according to a report from Deloitte, which could process customer banking information for the employee as the employee is simultaneously doing other customer service tasks.

Overall, consumer behavior and smart device trends are steering banking technology advances in the direction of convenience. An increasing number of remote technologies will allow you to interact with your bank right from the palm of your hand. And from your email inbox to visiting an actual branch, you can expect to encounter a whole new customer experience, perhaps even sooner than you think.