Shiba Inu (SHIB): What It Is, What It’s Worth and Should You Be Investing? 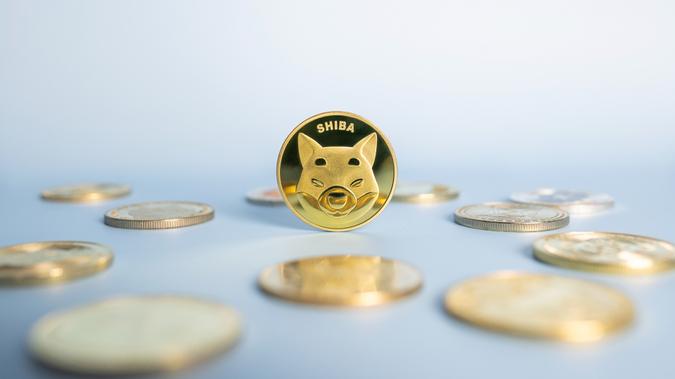 As the adage goes, every dog has its day. This is particularly true about shiba inu, a cryptocurrency named after and based on the Japanese dog breed. Since its introduction to the crypto world, the coin has grown at an astounding rate, garnering attention from investors and enthusiasts alike.

At the end of October 2021, the price of shiba inu cryptocurrency rose by over 173% in just a matter of a week, and it plummeted almost as fast. While steep price growth makes it easy to get caught up in the moment, it is important to know that cryptocurrency, especially meme crypto, is a highly volatile investment.

Learn more about the volatility of shiba inu, its future potential and everything you need to know about its current price.

What Is Shiba Inu?

Shiba inu is an altcoin created by a pseudonymous entity named Ryoshi in August 2020. Like many other cryptocurrencies, shiba inu’s name was inspired by a dog breed.

According to its white paper, which is known as the ”woof paper” in the shib community, the founder launched shiba inu on Ethereum because the blockchain is well-established and secure.

Shiba inu’s founder claims that half of the coin’s supply is locked on Uniswap in a liquidity pool, while the remaining was sent to Vitalik Buterin, the co-founder of Ethereum. The tokens were sent in hopes that Buterin would keep them.

But he burned most of them, removing them from circulation. He donated a substantial number of tokens to many charities, including the India COVID-19 Relief Fund.

How Much Is Shiba Inu Coin Worth?

Currently, the coin has a market cap of $4,427,001,704 and is ranked at 17th place in CoinMarketCap’s list of the top cryptocurrencies.

The safety of any cryptocurrency depends on its structure and utility. Since shib is an altcoin, it is community-based. That means the coin’s success depends largely on the growth of the community. The utility has a lesser role to play in this regard.

In shib’s whitepaper, it has been called an ”experiment” for decentralized community building.

Even under the best circumstances, you should only invest in crypto what you can afford to lose since all cryptocurrencies are risky investments. However, altcoins are especially risky because they have structural, use and supply differences from bitcoin, and their investment potential is more speculative.

When bitcoin was launched, the intent behind it was to offer a peer-to-peer decentralized finance system. The founder created the blockchain carefully, keeping the ecosystem’s utility and structure in mind. Moreover, there is a limited supply of bitcoin. Thus, the cryptocurrency has an in-built scarcity. Due to these features, bitcoin has the potential to become a widely accepted digital currency in the future.

But the same cannot be said for shiba inu cryptocurrency. Thus, it is not a safe investment.

Where Can I Buy Shib?

You can buy shiba inu on ShibaSwap, the project’s native exchange, and on Binance.US, Coinbase, KuCoin and many other exchanges. Here are some ways to buy shib through Binance.US:

You can also use the Atomic Wallet app to buy shib using a credit card.

Most of shiba inu’s popularity is based on hype. According to Nasdaq, the fear of missing out is emotionally taxing on investors. As you see others making money off shib, you may be tempted to invest in it too.

Headlines involving shiba inu might give the coin a boost, even if only temporarily. And whether or not it’s justified. A Benzinga article, for example, advanced a rumor — and it is strictly rumor — that Elon Musk might’ve had a hand in shib’s development.

What’s not rumor is that a Porche dealership in Baltimore has begun accepting shib, among other cryptocurrencies, as payment for its cars. However, a 2022 Cayenne SUV would set you back about 3.8 billion shib, which amounts to about 7% of all the shib coins currently in circulation.

More likely to have a real effect on shib’s value is its new listing on Robinhood, which gives it wider exposure to investors. In addition, the shiba inu metaverse project is nearing completion and will offer a public land sale after a 10-day bid-and-holder event, U.Today reported. The sale will allow users to mint over 100,000 lots they can then use to generate income.

That said, for most investors, the risk-reward profile of ethereum, bitcoin and larger altcoins, such as cardano, have been more viable than shiba inu. If you want to buy a few coins for fun, go ahead. But you should not invest heavily into shib since it may be worth little, if anything at all, in the future.

Remember how significantly shiba inu’s price fell last fall. While regular market volatility like had a role to play in this decline, the fall is being attributed to a mysterious billionaire.

An anonymous individual purchased 70 trillion shib coins for $8,000 last August. When the currency peaked, the coins were worth $6 billion. However, this person began moving over 40 trillion of their assets to four crypto addresses.

So, it is speculated that trillions of shiba inu might come flooding back into the market. But this is not the only concern experts have about shib. Fearing that the anonymous billionaire might sell their assets any time soon, other traders might sell their coins even if the said billionaire does nothing.

In either case, there would be a huge influx of shib in the market, exacerbating the current bear market.

It is also important to note that shiba inu has no intrinsic value. It may seem valuable, considering its market cap, but its value is only entertainment-based. Keeping this in mind, it would not be wise to invest too much of your money in shib. The shiba inu crypto may help you make a quick buck, but it is not a reliable long-term investment.

The fear of missing out, or FOMO, of the shib price hike makes investing tempting. Although shiba inu has made some people quite rich, it may also lead to substantial losses, based on the trajectory the community and market sentiment takes in the future. Invest wisely and choose coins that have intrinsic value and utility.

This article has been updated with additional reporting since its original publication. Information is accurate as of June 20, 2022.