Tesla, Inc. (TSLA) went public seven years ago at $17 per share. While there was excitement for Tesla at that time, the IPO wasn’t particularly large (about $226 million), partly because Elon Musk was not yet viewed as an innovative entrepreneur.

Over the years, however, the legend of Musk and his electric vehicles (EVs) has grown. On June 23, TSLA traded at a high $386.99 — nearly 23 times its initial price. Now investors are asking whether the stock can continue its rapid climb and, if so, how high it can go.

Read on to learn about Tesla’s market opportunities and more to help determine if there is future glory in store for Tesla investors.

Tesla was founded in 2003 by a group of Silicon Valley engineers bent on disrupting the auto market. According to the Tesla website, the engineers wanted to prove an EV could be better than a gas-powered car. They promoted the EV’s cool look, instant torque and greater power, as well as its lack of emissions. Elon Musk led an early round of private investors in the company and became its chairman.

In 2012, Tesla launched its Model S sedan. The greatest excitement — and one of the reasons why the stock’s climb has accelerated recently — surrounds the imminent introduction of its Model 3 mass-market EV, which is much more affordable. It costs $35,000 without options.

The Tesla mission is “to accelerate the world’s transition to sustainable energy,” which shows the company’s ambitions go beyond EVs. In fact, if you’re bullish on this stock, then you must expect Tesla to lead the lithium-ion battery storage market. The firm has made a $5 billion bet on a gigafactory in Sparks, Nev., to build batteries for its EVs and storage packs for residential and commercial sale. It’s an unprecedented manufacturing ramp.

How He Got Rich: Fast Facts About Elon Musk and His $16.6B Fortune

If you’re a believer in TSLA at $386.99 and feel the stock can continue to rise, then you’re probably betting that Tesla will knock the ball out of the park twice. First, Tesla will score in the global EV market. Then, the company will crush it in the worldwide market for storage.

Neither scenarios will occur without a massive increase in the production of batteries for both markets — not only to meet demand but also to lower the cost of the batteries and reduce the price of EVs and storage packs.

According to the International Energy Agency (IEA) report Global EV Outlook 2017, there are 2 million EVs on the road. About 540,000 are in the U.S., according to Nanalyze, a source for information about companies involved in disruptive technologies. Last year, 134,000 were added to the domestic stock.

Best case scenario, the IEA predicts there will be 200 million EVs on the road by 2030. That is an uber-ambitious estimate, considering the global production of all cars in 2016 was 72.1 million.

Can Tesla — which thus far has primarily sold its cars in America — garner the same EV market share worldwide? If so, Telsa stock could continue to rise because it would have a big slice of a growing pie.

According to Transparency Market Research, the global market for lithium-ion battery market was $29.7 billion in 2015 and is expected to grow 12 percent per year for about the next decade. The battery niches Tesla addresses — automotive and grid energy/industrial — are smaller combined than the major market for batteries: consumer electronics.

To be the major player in the batteries space, Tesla must take tons of share from the Chinese, who have dominated battery production to date. Tesla’s Sparks, Nev., gigafactory will vault the firm forward in battery production, but we don’t know how much of the plant’s capacity will be for its EVs. Can Tesla adequately attack both markets?

Optimistic investors are expecting them to dominate both industries — EVs and batteries for residential and commercial storage — worldwide. This is a tall order. Of course, Musk is no stranger to ambitious ideas; he’s the guy who plans to populate Mars, after all.

In the early years after its IPO, Tesla shares didn’t do much. It might have been hard for some investors to stick with the company with the market climbing. After about three years, however, investors began to reap rewards for the patience.

TSLA has been one of the best investments in recent memory. A 23-fold bump in seven years equates to a 57 percent compounded annual rate of return. (To put this in perspective, U.S. stocks have risen an average 9 percent per year over time.)

Fortunately for investors, the stock has continued to rise exponentially. Tesla has a market capitalization — calculated by multiplying its stock price by the number of shares outstanding — of $63 billion. General Motor’s cap is $52 billion, and it sold about 10 million cars in 2016 compared to Tesla’s 80,000.

The Future of TSLA

Tesla has its zealots and critics. The latter are voting against the company by “going short” on Tesla shares. Short sellers profit when a stock falls. With 31 million of the company’s 164 million shares outstanding — or 19 percent — some are betting that the shares will plummet. So far, those betters have been burned.

No one disputes that Tesla has a cool, disruptive product, but many believe that expectations for the company to dominate the world’s EV and battery storage markets are preposterous. In the meantime, they are saying that the stock is grossly overvalued for a company that is expected to lose money and burn cash for the foreseeable future.

So the question remains, can TSLA reach $1,000? The number is so speculative that it’s simply not worth the unimaginable risk.

More Investment Tips: The Most Anticipated IPOs of 2017 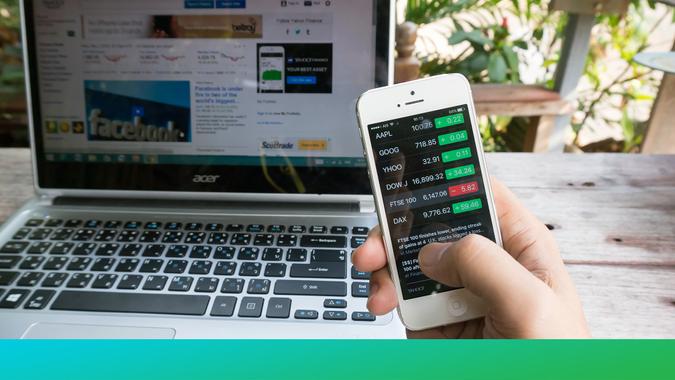 How to Use Yahoo Finance to Track Stocks

Get into the stock market game by tracking your portfolio on Yahoo Finance.