What Is SafeMoon and Is It a Good Investment? 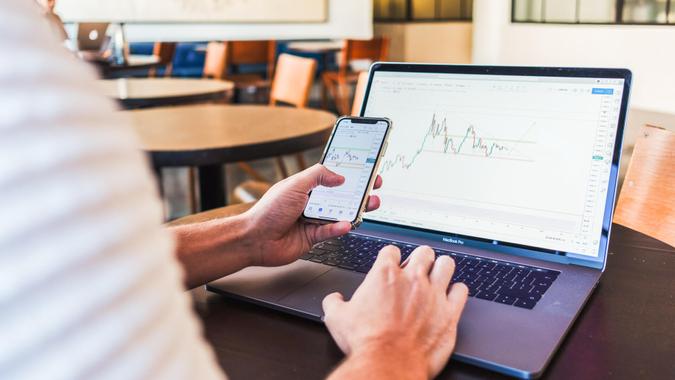 With over 9,000 cryptocurrencies available on the market today and more getting added daily, it can be tough to know which ones to research and invest in. Popular coins like Bitcoin and Ethereum have taken the world by storm, with massive valuations. But not all cryptocurrencies will be successful. Many will fail, and some are scams.

This article explores one of the newest cryptocurrencies, SafeMoon. You’ll learn about the history of the coin, how much it’s worth now, whether or not it’s safe and if it’s a good investment. Will SafeMoon be one of the next big cryptos to explode in 2022?

SafeMoon was one of the newer cryptocurrencies to hit the market in 2021. This crypto project is a community-driven approach to decentralized financial systems. After the initial launch in the first quarter of 2021, there are now more than 2.9 million holders of the currency, according to Utah Business. CoinMarketCap reports there are 585.536 trillion coins in circulation. The founders wanted a coin that would ensure “safe” gains and prevent the inevitability of bubbles.

SafeMoon crypto developers have a long-term vision for the future success of the cryptocurrency. Holders earn passive rewards over time, and penalties discourage selling.

SafeMoon was designed to resist volatility by rewarding investors for holding their coins. It works with three simple functions: Reflection, LP Acquisition and Burn.

Static rewards, known as reflection, attempt to correct the problems with mining rewards. It does so in two ways:

This static approach differs from traditional mining rewards. For example, with Bitcoin — and other tokens- -, early adopters earned more rewards for their mining efforts than latecomers because the reward value decreases over time.

According to the official white paper, the automatic liquidity pool is the “secret sauce” of SafeMoon. This function creates a solid price floor for both buyers and sellers.

The design is for long-term stability. The unusual feature of SafeMoon is the penalty for selling coins. For every transaction, the smart contract charges a 10% fee. Five percent of the fee is split among existing holders, encouraging investors not to sell their tokens.

According to the project’s white paper, the goal is to “prevent the larger dips when whales decide to sell their tokens later in the game, which keeps the price from fluctuating as much.”

Most cryptocurrencies undergo a process called token burning, which permanently removes tokens from circulation. This process is an attempt to create increased scarcity, and thus value. Some crypto projects perform continual coin burns from the start.

However, SafeMoon employs manual burns instead of continuous burns. The argument is that this process can implement a beneficial burn strategy for long-term investors. It also allows the burns to be announced and tracked publicly, leading to increased transparency.

How Much Is SafeMoon Worth?

The current total market value of SafeMoon is close to $1 billion, ranking it 214th in terms of market dominance, according to CoinMarketCap. Not bad for a brand new cryptocurrency competing with more than 9,000 other coins, but not necessarily a good investment, either.

With all the hype for a new coin, it’s valid to wonder if it’s safe. Some analysts have some concerns with SafeMoon. Unlike some other crypto projects, SafeMoon doesn’t actually do anything. The entire purpose seems to be to get people to buy it and drive the price up.

It could see more buyers in the coming months as the wallet gains more widespread use. Although more than 100,000 Android users had downloaded the wallet from Google Play by Oct. 1, according to BSC News, the iOS version just went live on the App Store on Oct. 6 — and shot up to #10 within 12 hours, SafeMoon announced in a tweet. By mid-November, it had been downloaded 600,000 times across both platforms.

Some Analysts Think It’s a Pump and Dump

As mentioned, the token is designed to discourage selling. That fact is likely to drive the price up over time, benefiting the owners and early adopters. The hype and frenzy over crypto in social media are adding fuel to the fire.

Some analysts even go so far as to say they believe it is a pump-and-dump scheme. That means that people who bought the coin early will “pump” it up, encouraging others to buy. Then, they will sell or “dump” their coins into the unsuspecting crowd, which inevitably will drive the price back down.

Where To Buy SafeMoon

As of Jan. 14, you can purchase SafeMoon seamlessly through the SafeMoon wallet, but you will need to buy BNB, or Binance Coin, then convert that to Smart Chain. You can then swap this for SafeMoon. You can also purchase SafeMoon on a number of exchange platforms, including PancakeSwap and BitMart. Here’s a look at both options.

PancakeSwap is a decentralized exchange that lets you trade directly from your crypto wallet, which means you, not the exchange, are in complete control over your crypto assets. Of course, that means you are responsible for the safety and security of your wallet, and you won’t receive the benefits that some crypto exchanges offer. But, if you want 100% control of your crypto, it’s not a bad option.

Buying SafeMoon on PancakeSwap can be confusing because you’ll have to buy BNB first and then convert it to Smart Chain before swapping it for SafeMoon, just like if you were buying directly from the SafeMoon wallet.

BitMart is a global crypto trading platform and exchange with over five million customers in over 180 countries. The exchange’s priorities are trustworthiness, accessibility and professionality. The exchange has offices in New York, Singapore, Seoul and Hong Kong. Most trading on BitMart is spot trading, but it does offer futures and advanced trading capabilities. BitMart has confirmed that its platform supports SafeMoon token swaps from V1 to the recently announced V2.

Is SafeMoon a Good Investment?

Given that SafeMoon doesn’t do anything and the only future expectation of profits is that more people will continue to buy, it doesn’t seem like a good investment.

In early 2021, the price skyrocketed over 1,500%, then plunged. At this point, it would seem like a gamble to invest in SafeMoon.

Other than a spike in October 2021, the price has hovered near its current level since last August. It could be gearing up for a bounce, given the success of its wallet, or the floor could be broken and the price could continue to fall. Nobody knows.

Investing in cryptocurrencies can be extremely risky. Always consult a professional advisor and never trade money you can’t afford to lose.