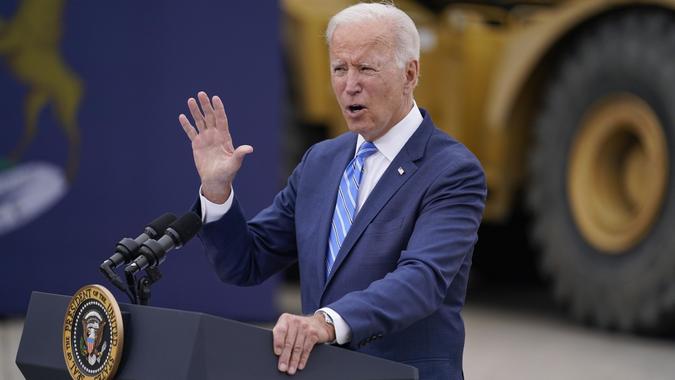 During a White House speech on the government debt conflict, President Joe Biden warned the U.S. is at risk of exceeding the legal limit on its debt in two weeks and running out of money.

A measure was recently passed to temporarily suspend the debt limit and fund the government into early December. The government is currently set to run out of its money reserves in the next two weeks. In order to avoid this, they will have to vote to increase the legal allowable amount of debt the U.S. government can hold.

There has been considerable political infighting blocking the final passage of such legislation, with several instances of an impasse being reached in regard to the government debt ceiling. But this particular conflict has caused U.S. Treasury markets to finally react. The yield on U.S. Treasury bills maturing on Oct 21 (days after when the U.S. would run out of money if a deal was not reached) climbed as much as 3.8 basis points Monday morning to .106%,with most bills maturing earlier and later yielding .05% or less, Bloomberg reported.

Biden stressed defaulting on our debt “would lead to a self-inflicted wound that takes our economy over a cliff.”

The U.S. has already borrowed a considerable amount over the past four years, mainly to facilitate government operations in the face of large tax cuts.