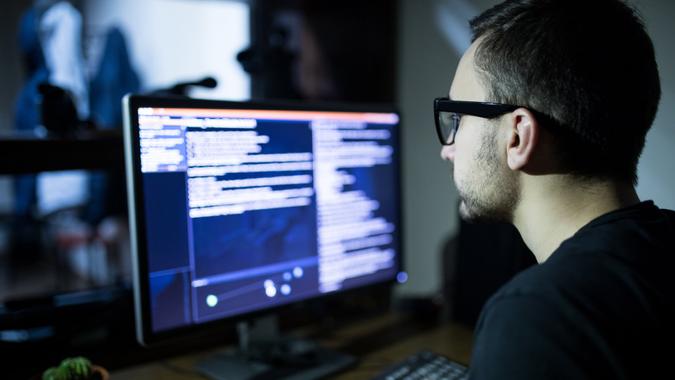 If you’ve seen synthetic versions of Apple, Tesla or Amazon stock trading on a blockchain, don’t go throwing your money their way. They’re not what you think.

See: Crypto Financial Lingo to Sound Like an Investing Expert
Find: How Does the Stock Market Work?

As Bloomberg reported on Tuesday, the synthetic versions of Tesla, Apple, Amazon and other leading stocks — along with a few popular exchange-traded funds — have been created by the projects Mirror Protocol and Synthetix over the past year.

The tokens and programs that allow them to trade are engineered to reflect the prices of the securities they track, only without any actual purchases or sales of the real stocks and ETFs involved. Volumes are microscopic compared to the trading volume on regulated exchanges, but they’ve stirred plenty of interest and excitement from the cryptocurrency community.

As Bloomberg noted, Wall Street has spent years mulling whether it would be feasible to move the stock market onto a blockchain. But innovators in decentralized finance, aka DeFi, are already building synthetic versions of some of the world’s leading stocks. These are similar to other synthetic assets such as digital artwork.

One DeFi advocate is Do Kwan, cofounder and CEO of South Korea’s Terraform Labs, which created the Mirror Protocol on its Terra blockchain. In an email to Bloomberg, Kwon said DeFi “is so powerful in unlocking financial services for disenfranchised people around the world,” adding that, “It’s better to move fast and break things. Waiting for fragmented regulatory frameworks to crystallize before innovating is counterintuitive.”

Synthetic stock tokens trade on decentralized and automated markets such as Uniswap and Terraswap, which let users buy and sell the assets directly on the blockchain. This makes them different from the kinds of centralized crypto exchanges operated by Coinbase Global and Binance.

See: Six Best Blockchain Stocks to Buy Right Now
Find: 10 of the Most Private Cryptocurrencies to Invest In

For now, synthetic stocks and other assets occupy a small slice of the overall crypto market, which has been one of the biggest investing stories of the year. As previously reported on GOBankingRates, new crypto coins have flooded the market and helped create millionaires who have seen their coins’ values increase by 2,000% and more.

But prices of Bitcoin, Ethereum and other cryptocurrencies have crashed of late amid an effort by Chinese regulators to crack down on Bitcoin mining and trading.